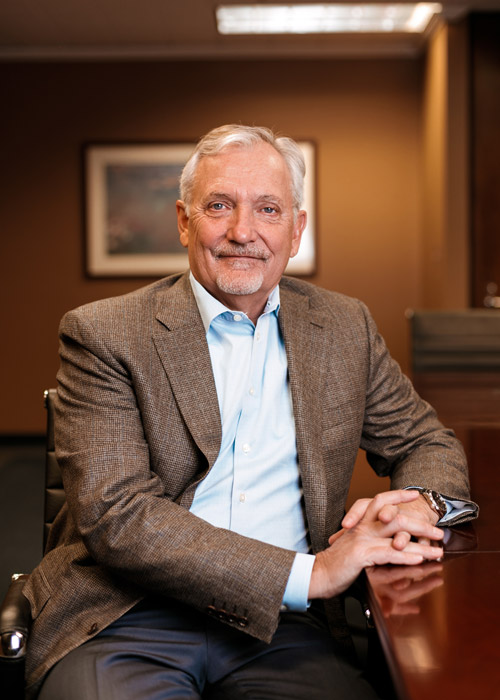 Steve is a trial lawyer. He has spent his entire legal career in the courtroom where he has tried cases in six different states. Through his national trial attorney experience for a Fortune 500 employment organization, he has appeared as lead counsel in 36 different states. Steve has tried in excess of 250 cases, and received a favorable verdict in 95% of those cases.

As one of Michigan’s leading lawyers, Steve has been recognized in the Michigan Super Lawyers and dbusiness Top Lawyer publications and named one of America’s Top 100 High Stakes Litigators. He has represented a broad range of corporations, governmental entities, partnerships and individuals in cases involving product liability, medical malpractice, employment law, transportation law and civil rights.

Steve has served as panel, fraud and excess counsel for Chubb Group of Insurance Companies for the past 20+ years as well as numerous other insurance companies. He has also served as Michigan counsel for Schneider Electric and represented the National Hockey League and National Basketball Association in numerous Michigan cases. Steve’s civil rights practice involves representing police organizations in Michigan including the Oakland County Sheriff’s Office.